You are here: Home / Marine Park / Dolphins in Paradise

It is fun for visitors to Brisbane for spending a day on a boat trip with Dolphins in Paradise Tours, and visiting Moreton Island. Seeing resident dolphins casually at play as well as the shipwrecks dumped at Tangalooma, snorkeling and exploring the history of the islands are highlights with this outing.

To the north of Brisbane lies the little fishing village of Redcliffe from where your day trip leaves from the Redcliffe Jetty. Your departures from Brisbane, as well, as your pick up from the Brisbane hotel where you are staying are included in your ticket.

Leaving Brisbane you are taken by a bus on the thirty minute drive to Redcliffe. Should you be too early for your departure, then have coffee at any of the numerous cafes located in the vicinity of the jetty. Otherwise, amble down Bee Gees Lane, named after the famous group whose home town was Redcliffe.

Your outing is on the “Mahi Mahi” a specially designed dolphin and whale boat equipped with three viewing decks, allowing for easy viewing of the sea for all the passengers.

Your cruise glides across the ocean to the Moreton Bay Marine Park where you take in the sights of Bottlenose Dolphins and enormous Giant Logger Head Turtles as well as the sight of Dugongs busy feeding among them. From June until October you can also observe Humpback Whales passing by on their way North.

On board you will hear a commentary on the variable behaviour of marine mammals and the history of the Moreton Bay Islands. The original inhabitants of the islands were the Aboriginal Ngugi tribe whose diet consisted of crabs, oysters, goannas, midgen fruits and wild honey. They called the island Moorgumpin, in English, Place of Sandhills. The Ngugi descendants consider the islands archaeological sites to be most important as they include tribal items of scattered bones, shell middens and stone quarry. In 1770 James Cook named the island Morton Island, which in later years became known as Moreton Island.

While at Moreton Island, for a little extra payment you can take a guided snorkel around the fourteen shipwrecks scuttled at Tangalooma. The extra fee includes use of a snorkel, fins, mask, and floatation gadgets. If you require it, tuition is included as well. Queensland regulations state that snorkeling round the Tangalooma wrecks may only be on a guided tour. As you snorkel take in the spectacle of colourful fish swimming in the area and the wonders of coral reef.

There are amazing stretches of white sandy beach at Moreton and the blue water is delightful for a quick dip or long swim. You can also observe the tallest sand hill in the world at Moreton Island, and most of the land is sand. Another sight to take in is the stunning view at Moreton Lighthouse which was built back in 1857.

The return journey from Moreton Island to Redcliffe Jetty arrives at approximately 5.30pm, with you returning to Brisbane between the hours of 6pm and 6.30pm.

For a gift that is different give a Dolphin in Paradise Cruise Gift Voucher. If Theme Parks and Amusement Parks are your thing, then the Gold Coast will keep you busy! There is a HUGE variety of fun to be had at the different theme parks, from water activities to thrill rides right through to educational farm tours and … END_OF_DOCUMENT_TOKEN_TO_BE_REPLACED 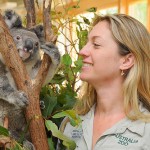